ASK ABOUT OUR BACK-TO-BACK SAME DAY WORKSHOP OFFER STARTING WITH A SIT-DOWN SESSION FOLLOWED BY A 3-HOUR DEMONSTRATION PHOTO SHOOT, LED BY A PROFESSIONAL PHOTOGRAPHER

And in case you’re interested, click here to check out some FREE SAMPLES of our ONLINE CLASSES.

Officially founded in 1746, Princeton was originally located in Elizabeth, New Jersey as the College of New Jersey. In 1747, it was moved to Newark, but still before the American Revolution, 1756, the university was permanently established in Princeton. Join your DPA Instructor for lessons in capturing architectural images, a category of shooting all its own. Whether traveling locally with your camera or making once-in-a-lifetime trips, there is a lot to learn about powerfully depicting monuments, churches, historic sites and relevant details of a place.

With dozens of buildings and dozens of styles in architecture, you will spend 3 hours indoors and outdoors on the campus. From the beginning, there was the Gothic Style reminiscent of the quadrangles of Oxford and Cambridge, steeped in a thousand years of history. Capture High Victorian Gothic flourishes epitomized in the Alexander Hall structure, including closeup images of the exterior sculptures. Then step indoors to work with indoor/ambient lighting while photographing the vibrant mural mounted therein. Then move on to American Gothic offshoot with the Stick Style that emerged following the financial panic of 1873.

Your instructor will convey the nuances of photographic principles such as Rule of Thirds, Depth of Field, Leading Lines and other approaches to creating appealing compositions in your photographs. He will help you to analyze your signature style of picture taking, patterns you gravitate to both knowingly and unknowingly.

And it is not only the old-world architectural themes since other more modern styles can be found juxtaposed within the original buildings. Thanks to architectural visionary, Frank Gehry, you will find abstract patterns to work with inside and outside of the Lewis Science Building.

Besides capturing architectural themes, you will learn the art of panning, a technique to depict motion in an appealing way, whether focusing on a biker, skateboarder or passing vehicle. Throughout the seasons, there is always something to photograph on and around the Princeton University Campus.

By the Princeton University Library
One Washington Road
Princeton, NJ 08544-2098 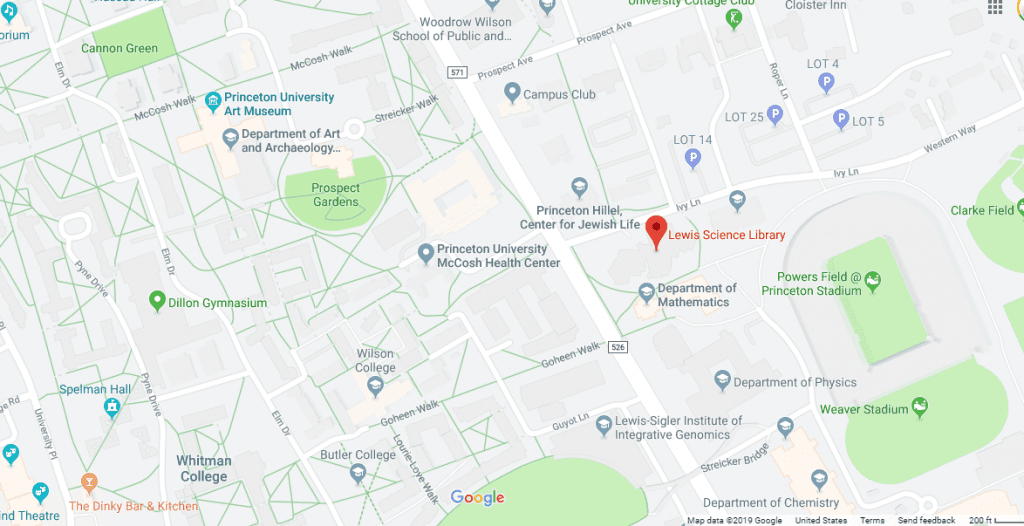