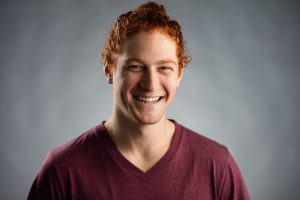 Aryeh’s destiny as a professional photographer began in high school after completing all of the available curriculum at which point he developed his own curriculum, which to his enthusiasm, was approved by the high school administration.

During and after high school Aryeh continued to hone his skills working as an assistant with pro shooters in his hometown of Minneapolis. Upon graduating Aryeh took a gap year and traveled to Israel and upon his return took a photo job at Linhoff where he printed negatives and digital photo transfers. He also worked at Icebox, a frame shop and art gallery in Minneapolis where he began to get to know the art world, particularly amongst photographers.

World travel added to his perspective on taking photographs including Iceland, France, Belgium, Amsterdam, Mexico, Bahamas, Aruba and across the United States.

Aryeh’s work has been published in city magazines and he has won many awards. He is permanently exhibited in various public and private collections.

In 2012 Schwartz moved to Washington DC and became a Studio Manager for Moshe Zusman but now runs his own photography business. His photography instruction assignments have taken him to dozens and dozens of DC and surrounding area locales.

Over the years, Schwartz has mastered every kind of photography, whether darkroom or digital, and provides his services whether they require landscape, portrait, studio, street scenes, architecture, wildlife, travel and more. Aryeh is adept in natural lighting as well as a variety of artificially lit environs.