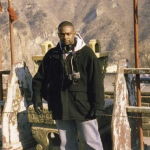 D Brown is an accomplished photographer living in the San Francisco Bay Area. After leaving active duty military life, he turned his 10-year long passion and hobby of being behind a camera into a career. Since then, his work has been published by multiple calendars and postcard companies and his portrait work has been featured in magazines and advertising in San Diego, Miami, and San Francisco. He has a substantial social media following and his cityscapes and landscapes are regularly featured by large popular accounts on Instagram. He’s been fortunate to have traveled to Brazil, Paris, London, China, Japan, Africa, Spain, and all over the United States capturing the beauty that the world has to offer.

D Brown began his education in photography as a freshman in college. His hopes of being a film director landed him in a multitude of cinematography and photography courses. He also apprenticed under a wedding photographer in the Detroit area for several years to make extra cash and gain experience. Before Hollywood could come calling though 9/11 happened and so he set aside his camera career, donned the uniform, and stepped into the fray. His time in combat left an indelible mark on him which now shapes his philosophy of image capture. As he puts it, “After seeing so much of the ugly side of humanity, photography allows me to capture those simple moments of life filled with calm and quiet beauty.”