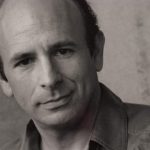 Frank Siteman is so talented that he can take corporate photos of men in gray suits and turn them into Kodachrome poetry. He did this recently for an in-house presentation for a design firm, “repositioning it as a team agency, showing synergetic professionals. I like the accessible corporate image.” He says. Siteman can do that kind of imagery magic for everything from Old Spice body wash to a 16-page photo-illustrated CD booklet for a classical trumpeter. He sees the subjects’ potential, understands his clients’ needs and focuses a light at the end of the tunnel.

Siteman was raised in Saint Louis, Missouri, “a hotbed of beer and beef,” where his Uncle Sid gave him a camera when he turned 14. Soon afterward, Siteman was making 50 cents each for shooting portraits of new hires for the school-district’s newsletters. He also worked summers as a riverboat deckhand, but not on Mark Twain’s paddlewheel boats. These were “two heavy-duty diesel engines inside a 130-feet-long platform. Basically the boats are made up of huge diesel engines that push barges up and down the Mississippi River.”

After high school, Siteman enrolled at Tufts University. Finding a way to cover his tuition was a challenge that he met with Twain-like individualism: He traded portraits of the faculty for tuition payments. The public relations director at the school became a mentor, and Siteman ended up doing so much work for the school that they decided to waive his tuition.

“I started at Tufts majoring in chemistry,” he says. “There was no photography department there at the time. In fact,” he remembers, “I started the photography department at Tufts as an undergraduate. There was this program then at Tufts called The Experimental College” – it’s still extant, by the way – “where students could teach subjects not offered by the university. If there was a substantial demand, there’d be a mechanism for creating that course and integrating it into the university’s curriculum.”

His initial photography class, he says, ” hit a responsive chord. We had about 60 people wanting to get into the class, which we topped off at 15 or 20.” Of course, Siteman changed his major to visual communications, in which he got his B.A. In his first year out of college, Siteman taught photography at Boston’s Roxbury Latin School and Simmons College. Then, during his first Christmas break, he unwittingly started shooting for stock.

“I ended up on the spur of the moment booking a flight to Morocco,” he remembers. “One of my friends is a photographer who worked for a textbook publisher. I was only taking medium-format cameras on the trip, though I’d been told by my friend to take a 35mm to be able to shoot slides and sell them to textbook publishers.” Luck intervened on the way, in New York. “One camera broke, and I had a friend come to the airport and give me a 35mm camera and 4 rolls of film. This trip paid for itself 10 times over with the stock sales of just of few of the images made on that film.

Other trips took him from Iceland where he photographed an erupting volcano in an evacuated town, to Russia to document life at the transition to democracy, to Costa Rica and the Galapagos Islands to photograph endangered ecosystems.

Siteman also had adventures closer to home, he says. “I was teaching at the Orson Welles Film School,” a small institution affiliated with the fabled and now long-gone retrospective/art-film theater the Orson Welles Cinema, in nearby Cambridge, “when Welles came to Boston to do the world premiere of his documentary F for Fake. He needed a photographer to document his being in Boston.”

If the photographer has any regrets, it’s never having been a photo assistant. “My biggest professional mistake was not having had the advantages of working with other photographers in my youth,” he says. “There is so much to learn. It’s like apprenticing to any other craftsmen. There are inside tips to lighting things, and each camera has its strengths and weaknesses. I sometimes felt that I was re-inventing the wheel.”

Over the years, Siteman has shot annual reports for companies as diverse as Thermo Electron, Altana Pharma, and City Year, and has done advertising photos for clients such as Canon, Pfizer, and Boston Whaler – a small boat manufacturer a long ways from the Mississippi. His favorite job was a calendar for Hill’s Science Diet’s Pet Partners project. He traveled around the country taking photos of his favorite subject: people with their pets.

He is married and has a golden retriever and two cats. His wife has a BFA from Tufts University and functions as his IT person.

He discusses the Panasonic-Lumix – 1 camera he is using, and the future of the photography business with insight and candor. “I’m definitely looking forward to making images with this lens,” he says. “Sensors have become better than many lenses, so I’m always looking forward to better glass.”

And he’s shooting, and teaching. “I like to keep it fun,” he says of his photography classes. “Students should be shooting a lot, making images and making mistakes. I don’t think theory is as important as making mistakes…and being able to learn from those mistakes. With digital, the learning can be quick and easy. I like to have my students change their apertures and shutter speeds just to see what happens. They can always check the file info to see what they’ve done, and do it again if it was the effect they were looking for or just one they liked”