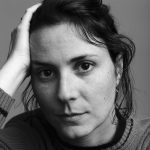 Whitney Browne is an experimental and commercial photographer whose work explores themes of movement and gesture as reflection’s of mental states.

In addition to working with individual artists and companies, Browne has been an educator for The School at Jacob’s Pillow since 2012.

Recently she was awarded her first solo show for Summer 2022 at the Hercegovina Museum in Trebinje, Bosnia and Herzegovina.

Browne’s work invites us to join the conversation she is having with her subjects. Her philosophy, “let’s meet at the lens” is an exploration in connection that challenges her subjects to be active in her creative process. She has spent the last decade developing her own experimental movement photography methods, working to build a visual language between photography and performance.

Best known for her involvement in the dance community, she currently works from and manages Caravaglia Studios in New York City. Browne received a BA and BFA from